The Farm is set in Coombes, in between Shoreham and Steyning, West Sussex, and is where the Passmore family have been farming for 5 generations since 1901.

The farm itself is a fully working farm set in 1000 acres or 420 hectares within the beautiful South Downs National Park in West Sussex. The farm stretches from the hills of the Downs to the banks of the River Adur and 140 acres is some two metres below high tide. This land was traditionally used for Summer Grazing and could not be used in the winter as it becomes water logged. As it is good rich alluvial soil, it was drained with porous pipes which run into a ditch system, enabling us to now be able to grow crops down by the River. Also in 1990 we dug Passies Pond which is now very popular with visiting anglers and also has a café too.

We grow a variety of crops including; hard wheats for bread making, soft wheats for cakes, biscuits and animal feed, barley for beer and animal feed, Lucerne (Alfalfa) is grown for hay and Rape for sheep feed in the winter. The rest of the farm is Downland.

The South Downs are predominantly chalk with a thin layer of top soil and by tradition have been grazed by sheep. However in times of shortage of food, they have been ploughed up to plant other crops. There are several conservation areas on the land, some of which the Passmore family started back in the 1950’s with planting to produce habitats for the wildlife. Our bank of flowers has over 200 different plants and the Cowslips are a picture in the Spring, then there are Orchids, Poppies, Birds-foot trefoil, Bedstraws, Clovers, to mention but a few – the Autumn is a mass of Scabious.

A brief history of Coombes Church Farm
The word ‘Coombe’ means a dry valley. The parish was first mentioned in The Doomsday Book. When it was owned by William Fitz Norman and had 34 residents (compared with 32 in 2021)
The Coombes road and the A283 are on the same line as the red banks of the river Adur which had one time led to the thriving Harbour and Bramber (before becoming silted up). Bramber Castle was built overlooking the harbour and because of the rich traders; smuggling was rampant in those days and signs of secret tunnels have been found. Stories even tell of the possibility of treasure from the Spanish Armada, being thrown overboard into the Adur, but never found.

As the river receded the water was panned for salt, there were 42 salt pans in the Adur Valley each one paying 2shillings and 6pence tax per year. The largest one was 4 acres across and they were worked by the sun evaporating most of the water. The salt was used mainly for preserving meat, and among the buyers were the monks of St Pancras in Lewes, who farmed sheep from the 11th century until the monastery was dissolved by Henry VIII in 1537. When food for the livestock became scarce on the feast of St Martin in November, excess animals not required for breeding were slaughtered and the carcasses salted and put in salting houses for use as food during the winter months. Thankfully we now have fridges and freezers to help keep our meat fresh!

Coombes Church was also established in the early middle ages and has some excellent 11th Century Frescoes. A booklet of the farm and its history is available from Church Farm. Price £2.50 + £1 p&p and you can read more about the Church.

©2016 Copyright Coombes Farm all rights reserved.
Web Design by Adur Design :: Website written and managed by Ask for the Moon 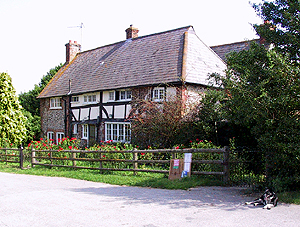 and see all the lovely pictures of lambing and the farm at:
New Coombes lambing facebook 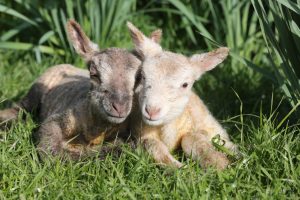 Book Coombes farm for a unique wedding, visit our Facebook Weddings Page to find out more and for details on our wedding venue visit our Barn Page 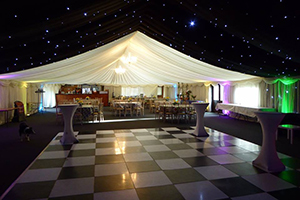